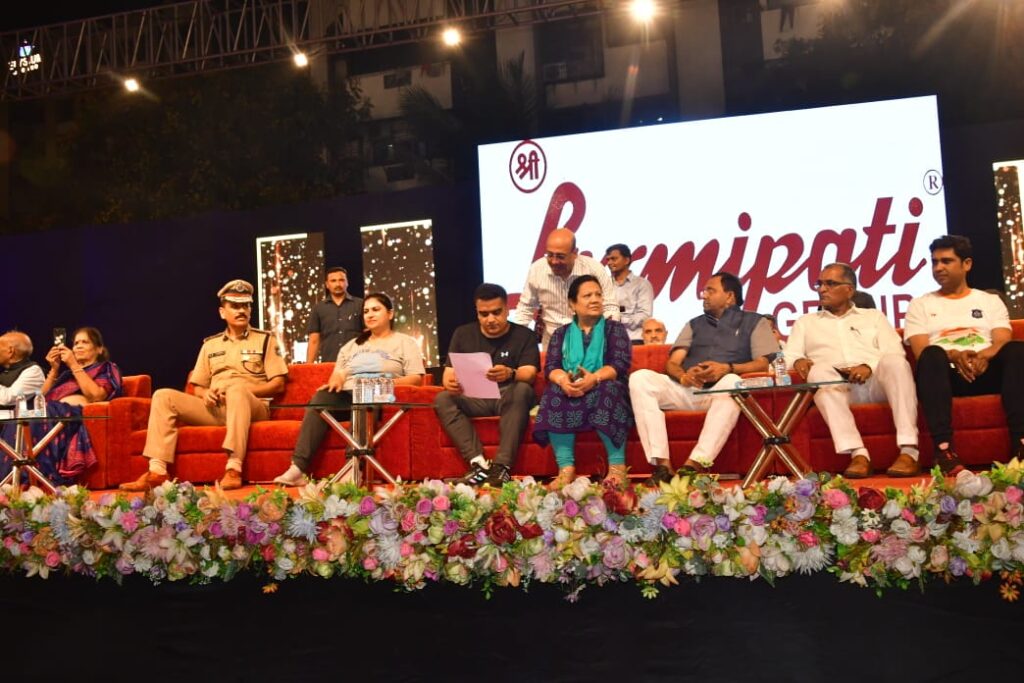 Surat (Gujarat) [India], May 10: On the eve of Gujarat Foundation Day, over 60,000 runners from all age groups and genders took part in the first-of-its-kind night marathon, which was organised to urge youths to break free from the tentacles of drug addiction and to make Surat city ‘Fit’ and ‘Safe.’

The marathon witnessed the participation of about 60,000 runners from all age groups and gender participated in the 5 km, 10 km, and 21 km race categories respectively.

Gujarat Home Minister, Harsh Sanghavi said, “The people of Surat ran with enthusiasm and determination to make Surat ‘A Drug-Free City’ at the night marathon. In the days to come, the State Government has planned to allocate Rs 100 crore for developing infrastructure, facilities, and training for the encouragement of sports in Surat. The city has carved a niche for itself in the world as the cleanest city.”

Ajay Tomar, Police Commissioner of Surat said, “The night marathon was part of the ongoing campaign of City police ‘No Drug in Surat’ and to rescue the youngsters caught in the tentacles of drug addiction”. “The night marathon confirmed the international marathon standards by affixing RFID labels to the bib of each runner and strategically placing timing mats (RFID readers) throughout the course to track the progress and finishing time of each runner.”

The scene at the night marathon was no less than a ‘carnival’. The entire road from Athwalines to Magdalla and Dumas was blocked for traffic and the citizens from all walks of life poured on the entire stretch to cheer up the runners. AT certain venues along the marathon route, the City police had set up the loudspeakers where the people danced to the tunes of the hit Bollywood numbers till 4 am.

To facilitate the runners with all possible assistance, about eight parking venues were created, and 7 medical aid centers and 21 refreshment centers were set up along the marathon routes. Two ambulances were pressed into service on the marathon routes for providing immediate medical aid to the runners during an emergency. According to Tomar, the runners with outstanding performances were given away cash prizes to the tune of Rs 14 lakh. The main aim behind organising the night marathon was to spread awareness on ‘No Drug’ in ‘Safe’, ‘Fit’, and Smart City Surat on the eve of the Gujarat Foundation Day. The marathon was supported by the leading citizens of the city and industrialists.  The marathon witnessed the participation of the employees and senior officials from the State and Central Government offices in Surat.