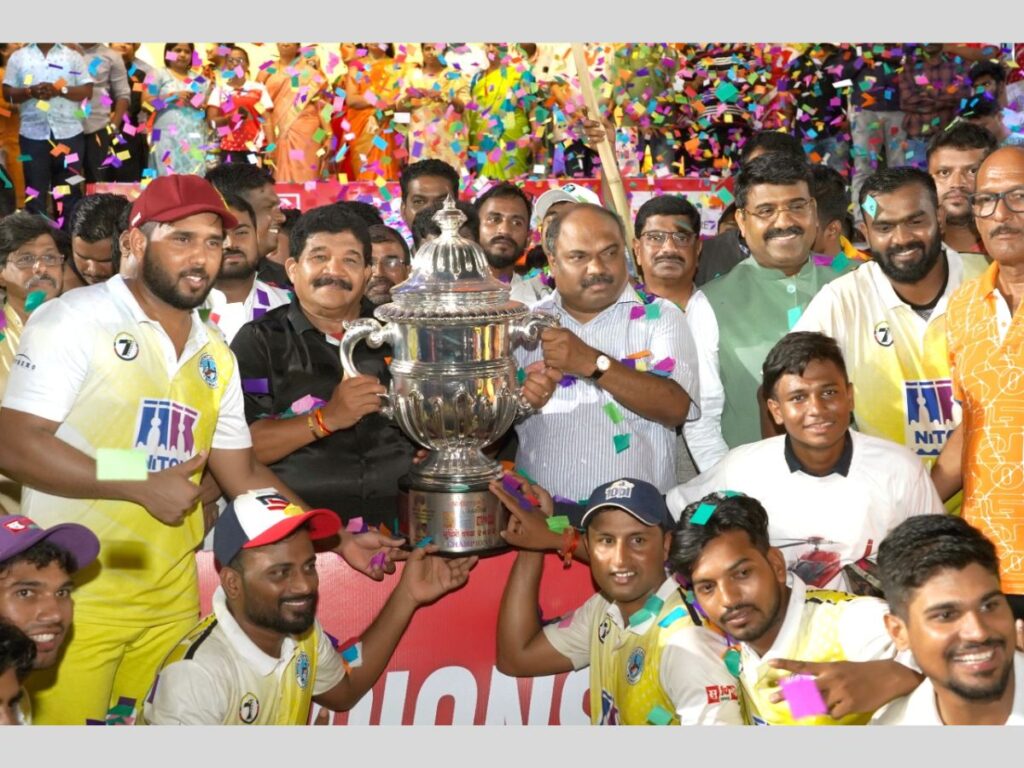 Known for his ‘Kaali Kaali Aankhen’ song from Shahrukh Khan’s Baazigar, Anu Malik created an electrifying atmosphere at the finals. Anu Malik reminisced his old days when he grew up playing at the Air India Sports Club grounds, and so was Sanjay Manjrekar’s recollection of his initial days who was overwhelmed with the compliments accorded upon him by Sanjay Potnis.

Supremo Cup 2022 will go down in history as the best amongst its past editions with tight competition from outstanding players during the final match superlative. Its magnificent organization, illumination, deployment of the latest camera equipment and attractive prizes.

Trident Navi-Mumbai bagged the trophy after defeating Kandhari Kings-Bandya Boys in the finals after reaching the finals after conquering TWA Dominators Palghar in the semi-finals. Batter Munna Sheikh from Nashik was adjudged the Man of the Series, and Tuljapur’s Krishna Gavli was awarded a Gold medal for the Best Bestman. At the same time, Delhi’s master spinner Raju Mukhiya was accorded Best Bowler and Kiran Pawar as the tournament’s best fielder.